Not all Superheroes wear capes. 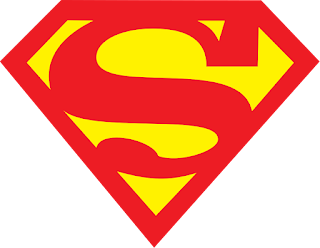 You might think that after a 300 kilometre cycle that our 29 cyclists are super human and the term "Superheroes" is justified, however the truth is that it’s our support crew who are the real heroes. Just like Albert the Butler bandages Bruce Wayne after his actions the night before (Stuie Halliday is the new Butler), It’s the unsung heroes behind the scene who deserve so much of the credit.

From the word go, the 3 ladies (Paula Smith, Caoimhe Ryan and Rebecca O’Grady) were hard at work. Signing people on, taking sponsorship money, giving out goodie bags and making sure everything was in its place and in order. Next to step up to the plate were our team of Drivers Neil Ogilvy, Pete Trevaskis and our solo mechanic Paddy Carrick. From making sure the vans were ready, loading participants bags and making sure bicycles were up to the ordeal that lay ahead, everyone was hard at work. As we rolled out of the West County Hotel it was the turn of our team of Outriders to keep the cyclists safe and moving on the road. While it wasn’t the busiest time of the day to be going through the capital the guys still had a few large junctions to man.

As we travelled out to Enfield we were joined by Motorcycle Garda Mervyn Henson who really helped the lads out. The extra presence of a Garda on the road helped put manners on motorists who might try a do or die move. Unfortunately for some, Mervyn had to break out the naughty finger on more than one occasion.

When we arrived into stops such as those at Athlone and Castlerea it was wonderful to see that Pete and Paula had water and food ready for the cyclists and marshals to dive into. It’s at moments like these that the participants really are appreciative of the demanding work that the support crew put in on the day.

As we mentioned early, we did have our chief plaster carrier Stuart Halliday on the event. Thankfully he only had one patient through the course of the day. A man who is no stranger to crashing or the pain associated with it. Tough as nails is our Alan #78!!! Unfortunately, during the day we had to say goodbye to one or two of our trusted Outriders. John Harte had mechanical issues with his motorcycle and Matt Keane was up against the clock to get home. Alan McCaffrey, Don Moore, Stephen Harding and Paul Creevey were still up to the task, even if Stuart Carrick had to lend them a hand on one occasion. Lads it’s important to keep the Bus Drivers on their timetable lol.

With nearly 30 cyclists covering 300 kilometres you would think the day would have been full of punctures travelling on the heavy and gravelly roads of the West of Ireland. Thankfully only the odd mechanical issue kept Paddy Carrick from catching up with some Z’s. Last, but not least and most certainly not last on the road were Caoimhe and Rebecca in the Auto Seeker NI vehicle. The girls helped the cyclists keep a steady pace throughout the day and were a great wind breaker to those cyclists up front. Every one of you played a huge part in the running of the event and without you we simply wouldn’t have been able to do it.

The organisers would like to mention one lady who played a blinder on the day, also in the weeks leading up to the event. Through no fault of your own you inherited so many jobs but never once refused to do them. Paula Smith you are a little angel. 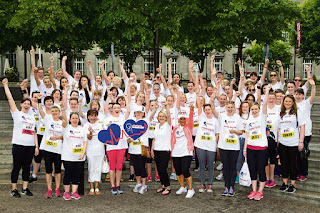 All good things happen in trilogies

Like movie such as Lord of the Rings, The Godfather, The Matrix and Back to the Future the good ones happen in trilogies.
The CP2CP Cycle is now in its 3rd edition and this year promises to be just as amazing as the 2nd instalment.
Having previously done the route both ways from Mayo to Dublin and vice versa, it was decided that a new and more thrilling route would be required for 2019. It was hoped the we could keep the 'CP2CP' Title and with the event once again starting in Croke Park our first challenge was to find a location in Ireland with the initials C P in the name.
The City of Cork seemed the obvious choice with the distance in or around 275kms put finding a location within the capital of the rebel County was proving tough. Thankfully, it's wasn't too long before Cork Port came to light.
Invitations were sent out at the beginning of the year to all past participants with the ole faithful of Ian O'Toole, Shane Graham, Alan O'Connor and Stuart Carrick now e… 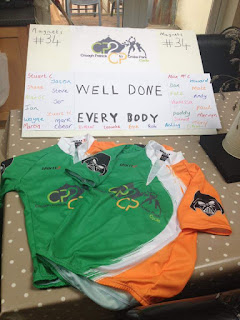 Hi All, We trust you all had a wonderful Christmas and New Year and hopefully you didn't indulge in too many mince pies over the festive season. As we mentioned in our last post we have exciting news. We are delighted to announce that the CP2CP cycle will once again take place. The date of the event is Saturday 26th of August 2017, this year will see us leave Croke Park in Dublin and cycle to the foot of Croagh Patrick mountain in County Mayo, reverse of that we did in 2015. At this moment in time we are limiting the number of cyclists to 50 for safety and logistical reasons. If you are unfamiliar with the cycle it takes places over one day and covers 277 kms.
In 2015 it took a group of 18 cyclists just under 14 hours of which, 11.5 hours were in the saddle. We have a number of stops along the route for refuelling and nature calls. The biggest leg being 70 kms or 2.5 hours on the bicycle. The pace is controlled and we travel in one group. If you would like to email us on cp2cpcyc…